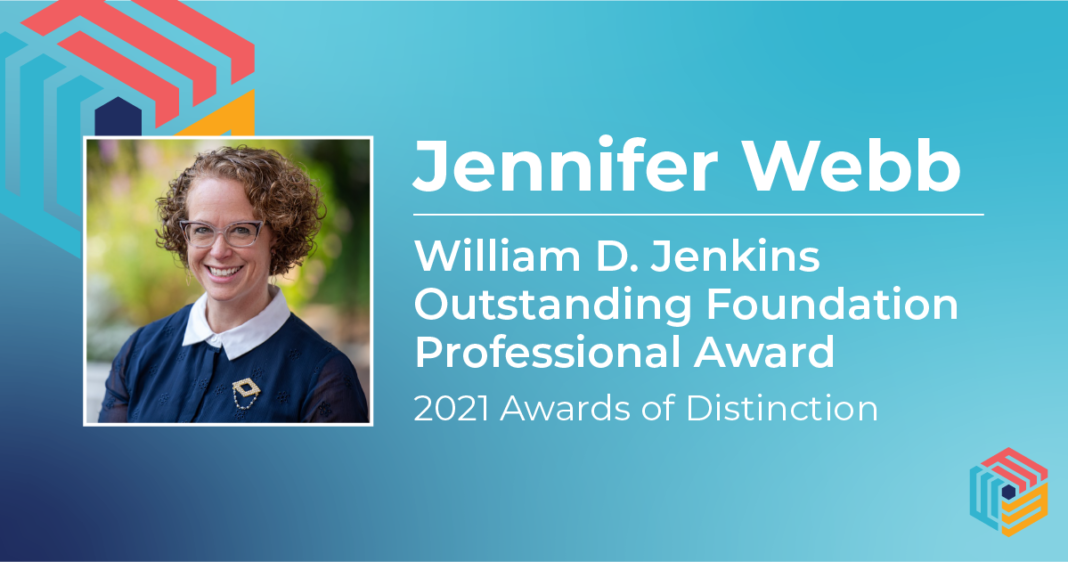 Indianapolis, August 2, 2021 – Jennifer Polley Webb has been “a breath—more like a storm—of fresh air and energy” to the Alpha Delta Pi Foundation and fraternal fundraising industry, according to her nominators.

It is for that passion and dynamism for fraternal fundraising that she has been named the recipient of the 2021 Foundation for Fraternal Excellence William D. Jenkins Award for Outstanding Foundation Professional. Her award will be presented on Tuesday, Aug. 24, during the FFE Awards of Distinction Program, part of FFE Seminar.

Webb came to the foundation approximately 10 years ago after a decade-long career in university fundraising and political communications.

Some of the foundation’s achievements under her leadership include:

“Her enthusiasm, dedication, and work ethic are boundless. She accomplishes her diverse responsibilities with a smile and a sense of humor. She is the motivating factor for the ADPi Foundation’s success, which has been considerable even during (the pandemic difficulties),” said Kathryn Karrh Cashin, Ph.D., Vice President of Scholarships for Alpha Delta Pi.

The Alpha Delta Pi Foundation staff said she is the first to roll up her sleeves and pitch in when help is needed: “Jen always goes the extra mile and shows our staff that we truly are a team working towards the same goals. Jen is a creative leader, committed to providing our team the opportunity to have pride in our work and professional growth.”

Webb is a dedicated FFE volunteer, currently serving as Vice President of the Board of Directors. She is a graduate of Ashland University now based in the Atlanta area. She obtained her Certified Fund Raising Executive accreditation in 2018.