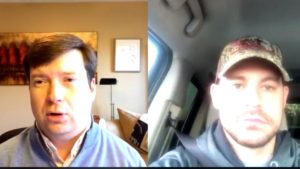 The Delta Chi Educational Foundation led a three-week digital campaign, and 24-hours of live updates on #GivingTuesday 2017, to raise $60,000.  They had one matching gift for $25,000, if they could raise $35,000 from their members (which had never been done or attempted) in one day.  They leveraged email marketing and social media and hosted several Facebook LIVE video sessions on the actual day, to stay front and center with their members.  They showcased LIVE interviews with their International President, and their Foundation President, bringing their humanity to the forefront (the members loved interacting with them in this way).  With three minutes to spare, they hit our goal at 11:57 p.m.!

The Foundation vice president infamously made a statement three weeks prior, when they conceptualized the idea “I give this a 0 – 0.1% chance that this idea will work, and I would never give to it.”  By the end, they had not only proved him wrong, but he ended up making a $250 gift!

Takeaways from Delta Chi on the effort:

Watch the kick-off video of the Facebook LIVE kickoff.

FFE recognized this program with a 2018 Award of Distinction for Best New Development Idea.